Pine Belt Dermatology & Skin Cancer Center, located in Petal, Hattiesburg, Ellisville, and Biloxi, MS, began as a vision that every patient who walked through their doors should receive personalized and quality care. This vision quickly turned into the mantra of the staff and became ingrained in their moral fiber. Pine Belt Dermatology & Skin Cancer Center got their start at Stone County Hospital in the city of Wiggins, MS in September of 2014.

The Petal location, which is now their main office, opened in November of that year. Petal was the ideal location for the practice because it was a growing community that provided an opportunity for PBD to grow with it. It wasn’t long after that PBD grew beyond Forrest County. They started out with one provider, Dr. David Roy, and a humble five-member staff. Since then Pine Belt Dermatology & Skin Cancer Center has grown tremendously.

By February of 2016, PBD had added another location and two more providers- an office in Hattiesburg and the new providers were Dr. Rebecca Duff and Lauren Aycock, FNP-BC. By November of 2016, they added another provider, Dr. Eugene Conte, to their ranks. While it is still early in the year of 2017, they are not pumping the breaks on growing just yet. In April of 2017 they will add another provider, Kristen Richardson, PA-C. Additionally, they have recently opened another clinic in Collins, MS and are currently working on opening a clinic in Ellisville, MS.

They want to thank the communities in which they operate in and each individual patient that has walked through their doors since they first opened in 2014. They have enjoyed serving you and will continue to strive to provide the best care they have to offer to all those in need.

Quick info about the providers and the services that they offer: 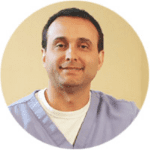 David Roy, DO: Dr. Roy is a Board Certified Dermatologist & Mohs surgeon. PBD began with him and his desire to make sure that every patient received the best outcome that he had to offer. Placing an emphasis on personalized and quality care, this drive is what sets him apart from other dermatologists. It is not uncommon for his surgery skills to be likened to that of a plastic surgeon. He has been practicing dermatology since 2009 and has performed over 3,000 Mohs surgeries. 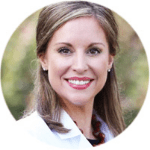 Lauren Aycock, FNP-BC: Lauren brings a cosmetic background to PBD. She is an experienced injector of Botox & Juvederm and is also extremely knowledgeable in chemical peels and sclerotherapy procedures.  She was the second provider to join Pine Belt Dermatology & Skin Cancer Center. 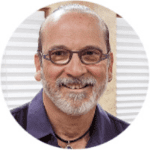 Eugene Conte, DO: Dr. Conte joined Pine Belt Dermatology & Skin Cancer Center in November of 2016. He has been practicing dermatology for more than 30 years. He is a speaker on behalf of several drug companies. One of his areas of expertise is the treatment for Psoriasis. He served as a mentor for many medical students and over a dozen residents. Interestingly enough, Dr. David Roy completed his research fellowship under Dr. Conte’s supervision. 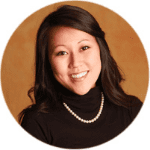 Kristen Richardson, PA-C: Kristen is PBD’s latest addition. She brings over three years of dermatology experience to the practice. She specializes in general and cosmetic dermatology. She is adept at Juvederm & Botox injections, sclerotherapy, and chemical peel procedures. 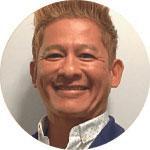 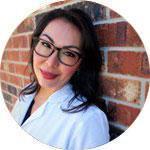 Marisa McGeorge, FNP-BC, CANS: Marisa McGeorge, FNP-BC, CANS has over 10 years of experience in general and cosmetic dermatology. Cosmetically she is skilled in Botox, dermal fillers, chemical peels, microneedling, and cosmeceuticals. She also treats eczema, warts, psoriasis, and performs skin cancer screenings. Amongst Marisa's many skills and educational achievements, she is a clinical preceptor and speaker for Dupixent.