Skin Cancer In Patients Of Color There is a wide spread myth that only fair skinned individuals are at risk for developing skin cancer, and this a very dangerous misconception. Skin of all colors, including brown and black toned skin, can develop skin cancer. By “skin of color” we are referring to everyone of African, Asian, Latin, Mediterranean, Middle-Eastern, and Native American decent. The incidence of melanoma is higher among the Caucasian population; however it can be deadlier in people with skin of color because it is all too often detected in a late stage.  Even if you never sunburn, you can get skin cancer. Darker skin produces more of the pigment called melanin that does help protect skin — but only to a certain extent, which means that people of color can still in fact get sunburnt, and just one sunburn has been shown to significantly increase the risk of developing skin cancer. Recently, there was an African American football player for the University of Kentucky who was diagnosed with melanoma – he was only a Sophomore. He has since undergone a couple surgeries to remove the tumor.

In a survey done by the skin cancer foundation it was discovered that 63% of the African American participants said they had never used sunscreen. This is quite alarming. When skin cancer develops in people of color, it’s often in a late stage when diagnosed. This can be deadly when the person has melanoma, a type of skin cancer that can spread quickly to other organs. Treatment for any type of skin cancer can be difficult in the late stages. Dermatologists stress skin exams because skin cancer is most treatable when detected earlier.

Additionally, certain skin cancers are caused by factors other than UV — such as genetics or environmental influences — and may occur on parts of the body rarely exposed to the sun. For example, people who have dark skin are more susceptible to acral lentiginous melanoma (ALM), an especially dangerous form of melanoma that typically appears on the palms of the hands and soles of the feet. This is actually what killed Bob Marley when he was only 36.

One of the reasons that skin cancer in people of color are discovered in a later stage of development is because they may not know what exactly to look for. They are simply unaware of the warning signs. So how do you stay alert? What do you need to look for?

We encourage everyone to have routine skin checks. Whether you prefer to do them yourself or you want an extensive one done with one of our providers, it doesn’t matter. The most important thing is that you are having them done so that changes in your skin are monitored. If there is a spot you are unsure about, you can always utilize our mobile app to send us questionable lesions.

Below are some examples of lesions that were cancerous in various ethnicities: 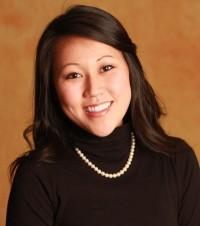