Indoor Tanning & The Darker Facts Associated With It 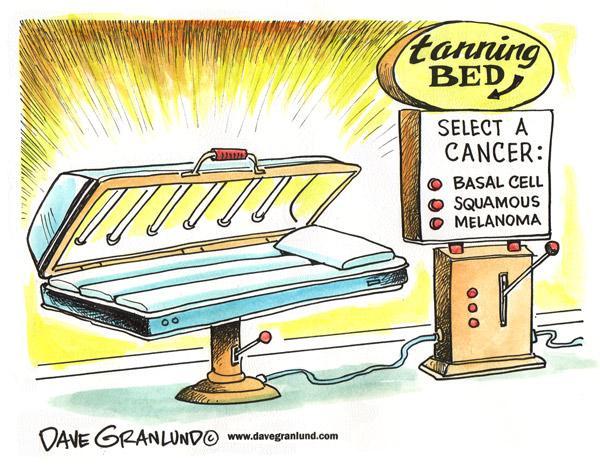 Why do we care?

Dermatologists are constantly concerned about the degree of radiation our younger populations are receiving, and we are worried that they may not know all of the facts regarding this dangerous practice. This blog post is the result of this concern, and the result of our effort at Pine Belt Dermatology to educate our patients on the risks associated with tanning activities. Higher temperatures and more exposure to the sun's rays already put people living in the south at great risk for various forms of skin cancer. The use of tanning beds (along with tanning at the beach and use of sun lamps) acts as a catalyst for a myriad of skin conditions people will experience as they get older. These tanning activities expose participants to unnecessary and dangerous levels of UVA radiation. The two types of ultraviolet radiation are Ultraviolet A (UVA) and Ultraviolet B (UVB). UVB has long been associated with sunburn, while UVA has been recognized as a deeper penetrating radiation that causes more damage to the skin. It is for this reason that so many dermatologists and public health professionals cringe at the thought of tanning activities.

I will leave you with a point that my friend and mentor, Dr. Conte, made once when addressing high schoolers on this issue: "If I wanted to do a science fair project to cause skin cancer in a laboratory mouse, I would continuously put the mouse in a tanning bed on a regular basis. Think about that the next time you go to a tanning salon".